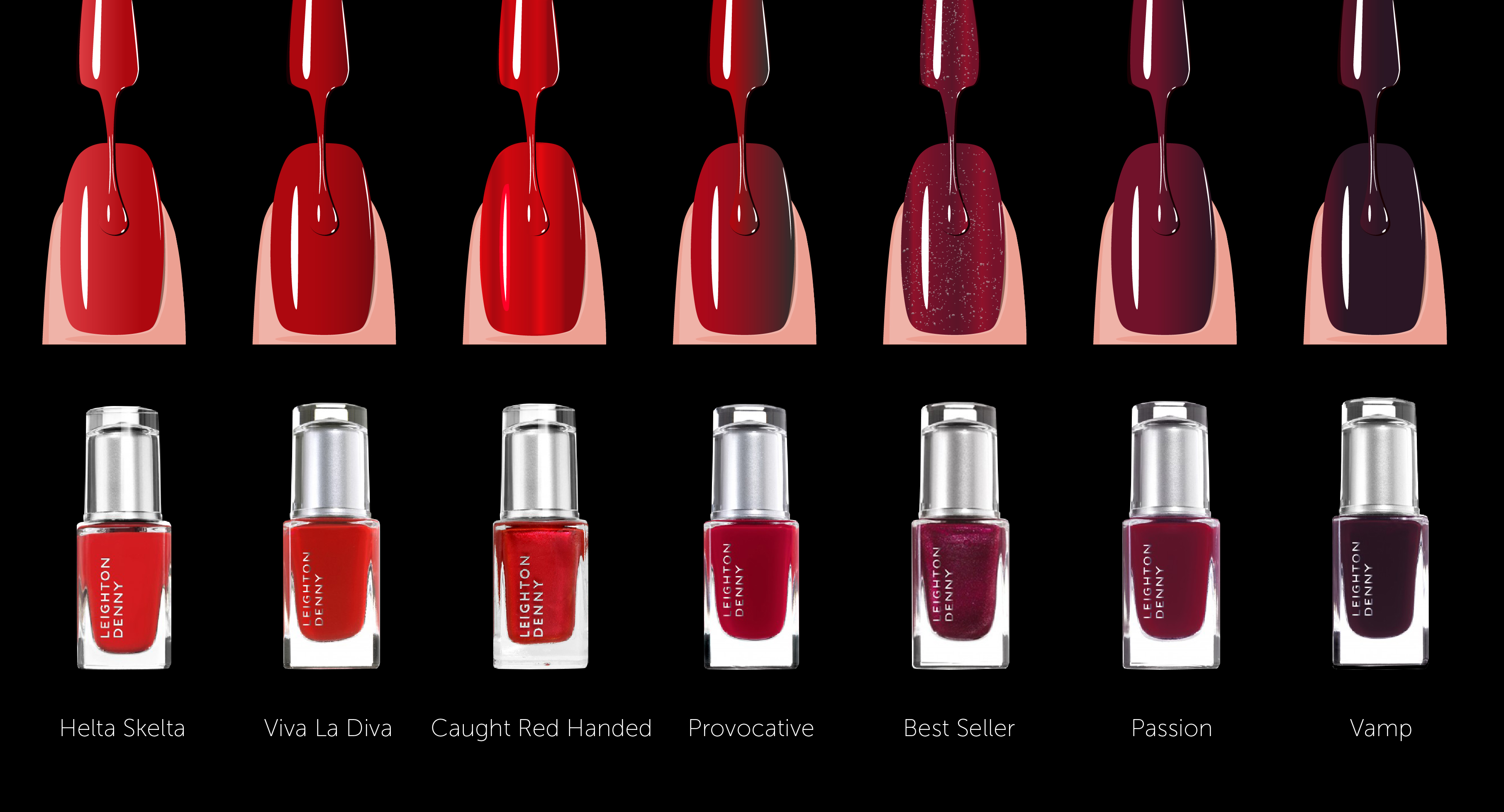 Red nails are back on trend, if you ask me this staple nail shade never really goes out of style but have you ever stopped to think about how it all began? Who was it that sat down one day, looked at their nails and decided to paint them?  Apparently, the concept of the manicure began in India well over 5,000 years ago with the use of henna as nail paint.  This practice spread and was adopted by different cultures.  It is believed that the people of southern Babylonia took it a step-further around 4,000 BC and turned to solid gold to achieve the perfect manicure… Chic!

Now, let’s visit 3,000 BC China.  The Chinese used nail colour as a way to indicate wealth and social status.  They did not use henna or gold, but instead created a base mixture of egg whites, gelatin, beeswax and gum Arabic.  The shades were created using rose or orchid petals.  It wasn’t an easy process and the nails had to be soaked in this mixture for a few hours for the colour to set.   According to a 15th century Ming manuscript the colours used most often were varying shades of red to black.  As the years passed, the Chinese began painting their nails the colours of the ruling dynasty.  During the Chou Dynasty (circa 600 BC), gold and silver dust was used to create the colours worn by nobility.   The nail was also reportedly inlaid with precious stones and complex cloisonné designs.   It seems that nail colour was strictly reserved for royalty in those days. Some sources suggest that if a member of the lower class were caught wearing nail polish they would be sentenced to the death penalty…  Harsh!

Nefertiti and Cleopatra are remembered, among other things, as two of the most beautiful women of their time.   It’s no surprise, then, that they were the first to make something as iconic as red nail polish famous!  During their respective reigns, societal hierarchy was indicated by the specific colour worn.  The stronger the shade of red, the more power the person possessed.  Although the practice likely existed earlier, sources suggest that Nefertiti, Queen of Egypt (14th century BC) coloured her fingernails a ruby-red colour.  Nefertiti and her royal court would use henna (and sometimes even blood!) to colour their nails... Vampy!

Cleopatra, the last pharaoh of Ancient Egypt, continued this trend into the first century BC.  Unlike Nefertiti, it is believed she favoured a striking crimson shade.  During her reign women of lower rank were permitted only pale colours as red was reserved for royalty alone. This fascination with red polish remained constant throughout history and still continues today. The next few centuries don’t cast much light on nail polish trends.  You might say that this was a period of growing pains for the art of the manicure.

The catalyst for the coloured nail polish we all know and love was the 1920 creation of high-gloss automobile paints.... Yes, you read that correctly. Car Paint. A French makeup-artist by the name of Michelle Manard had the ingenious idea of adapting these paints for use on nails.  She played around with the formula and developed a glossy lacquer similar to the nail polish we use today.  Her employer, The Charles Revson Company, recognised a goldmine when they saw one and began work to perfect the formula.  Owners Charles and Joseph Revson partnered with a man named Charles Lachman and, using Manard’s original idea, created an opaque, non-streaking nail polish based on pigments instead of dyes. In 1932, the company changed its name to Revlon and began selling the very first modern nail polish!

So there you go, that's how it all began! Now let me take you on a tour of my seven top selling reds… perfect for the upcoming party season!

Bright reds - scarlet, crimson or cherry - are very cheerful and youthful. There is certainly a red for everyone and there's nobody that a slick of dark or bright, high-gloss 'rouge' doesn't suit. From old favorites to shimmers and creams such as my classic red in PROVOCATIVE - impressively it's over a decade old and still on sale, to the likes of my sparkling maroon BEST SELLER that now comes with a matching Lip Dual lip colour: HERE.

1, Do you wear red nails and adore them? Or do you hate red nails, if so, why?

2, Will you be trying a new red nail polish for the party season?

Thanks for reading my blog and don’t forget to leave me a comment below.

Previous
Next
Comments (56)
Jocelyn hockley Tuesday, 29 September 2015
I love most colours but my weakness is a nice red. I would probably wear every shade of red you make and indeed I do have several of them. But I do keep going back to Be My Berry. I just can't stop looking at my nails when I wear it. It's my go to 'happy' colour. Xx
Dawn Tuesday, 29 September 2015
Luv wearing red, like the deeper red like best seller and upwards, was always worried about wearing red as my dad always said only a certain ladies wore red, (of the night variety) yet he now thinks it really looks nice heehee
Helen Tuesday, 29 September 2015
Leighton, what a great read! Red has always been a grown-up, glamorous colour to me, so I can only wear it when my nails are perfect or I feel like a kid who has raided her mum's make up bag! 'Caught Red Handed' looks like a fun colour for Christmas.
Load More Comment...